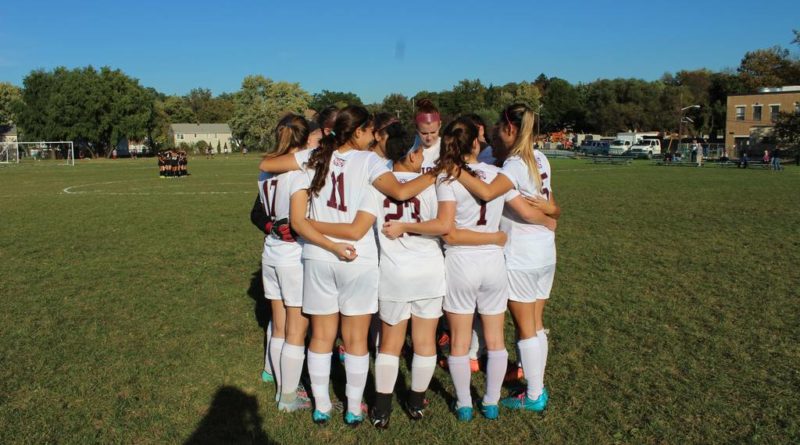 Leonia Girls Soccer Team finished off the year with phenomenal efforts, a final record of 8-8-1.  Although mainly a group of upper class men, these young women were able to fight off their opponents until the end, winning many games that were an ultimate challenge. Returning varsity seniors and captains, Gianna Pernetti, Gabby Cintron, Naomi Chee led the team to their victories. With their steady recurring line up, the girls were able to finish their shots, create clean passes and build a beautiful bond on the field. Coach K and Coach Albanese supported their players through grueling practices and “chalk talks” to keep the team motivated and eager to win.  It looked easy for the Leonia Girls to end the season with another terrific record, last year being the first winning season in all of Leonia history.

In addition to our growing team, the juniors stood out tremendously, Lana Hamadeh ranking it up at 1st team all league, and Molly Lawrence and Samantha Shwartz starring in second team all league. As well as that, senior captain, Gabby Cintron gained an honorable mention, uniting the Leonia Girls Team with positivity and motivation to continue to excel. Although a majority of the team is graduating in June, the Juniors will persevere, guarenteeing a winning season. Naomi Chee states, “I have faith that the girls will continue to play as they do, accomplishing many more goals the following season.” With such a wonderful backbone, many doing soccer on the side, the Leonia Girls Varsity team will remain excellent, carrying on the consistent soccer legacy.

Futurecast: Improvements by the End of The School Year?