Which Fall Essential will win!

We all love and admire the fall season, but what better way to capture it than with the iconic aromas and flavors that fill the crisp, chilly air.

Close your eyes and imagine, as soon as September 23rd comes around, you step outside and see the pumpkin spice promos that almost every store promotes. You walk around comfortably as the changing leaves fall from the trees and take a refreshing sip from your warm apple cider. Now is when a conflict arises…which fall essential is better? Pumpkin Spice….or Apple Cider?

Fellow Leonia High School students were asked a few questions on the debate, here is what they had to say! Senior, Ciro Marino, says he prefers pumpkin spice, here’s why, “It just tastes better, and it’s only around during fall!” I followed my question by asking why he thought the opposing was bad,  he responded with,” I’m biased because I’ve never had apple cider.”

Although both sides have extremely valid points and opinions to offer, the final verdict of which fall essential is better according to High School student at Leonia, goes to…PUMPKIN SPICE!

Not only did pumpkin spice double the votes of apple cider, but even teachers agreed that it was superior. Personally I am more of an apple cider fan myself, I believe that since pumpkin spice is limited and popular, solely in the fall season, this is why it is favored more. May 13, 2016 Michelle Kang Comments Off on Peanuts Gang Takes Over Leonia 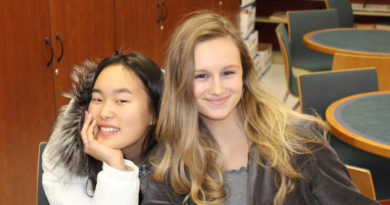