Turn on the radio right now and you’re bound to hear a well-known pop song. They have completely taken over today’s music industry. This kind of music has been prominent for many years and 2017 is no exception. Choosing the top 10 pop songs of this year was an extremely close call due to such a variety of artists. Nevertheless, of all the well-known pop songs released in 2017, ten are considered the best of the best.

Number 10 was “Too Good at Goodbyes” by Sam Smith. America has been waiting to hear from Sam Smith since 2015, and then he hits us with heart-breaking song about his personal relationship. Most consider it difficult to get through this song  without sobbing.  Next on the list is Meant to Be (feat. Florida Georgia Line) – Bebe Rexha. This jam is known to make people want to get up and dance. The 8th top pop song of 2017 was Wolves by Selena Gomez & Marshmello, which told the story of the common journey everyone knows of; the journey to find love.

Number 7 was Bad at Love by Halsey. Halsey’s lyrics are relatable to almost everyone and no one can help but sing along to this song. Her high notes however are hard to match up to! Rockstar (feat. 21 Savage) by Post Malone made number 6 on the list. When Post Malone dropped this song it was immediately at the top of the charts and it has been playing everywhere constantly. It gives common people the chance to imagine what it would be like to be a rock star.  The 5th on the list was MIC Drop (feat. Desiigner) [Steve Aoki Remix] by BTS. This is the remixed version of the original song “MIC Drop” by BTS. The track was the very first K-pop song to become number one on the US iTunes Chart. Number 4 on the list was Perfect by Ed Sheeran. This is yet another song that bring your inner self out. The beautiful lyrics make all of our eyes water, and glories the idea of being in love.

Making the top 3 was “Thunder” by Imagine Dragons. It tells the story of how the famous band started at the bottom and came out on top. This inspirational track makes anyone want to go out and follow their dreams. The second best pop song of 2017 was “Despacito” by Luis Fonsi & Daddy Yankee featuring Justin Bieber. This song took not only America, but the whole world by storm. People who do not even speak spanish, and can’t understand the lyrics couldn’t help but sing along. No matter where you are in life, chances are you will hear this song somewhere.

Finally, the number one top pop song of 2017 was “Havana” (feat. Young Thug) – Camila Cabello. Camila really took over 2017 with this hit. The catchy tune is known all over the nation and Camila is adored for her work. All together, 2017 was another huge year for pop music, with fresh artists and brand new tunes breaking out. We can’t wait to see what 2018 has in store for America’s favorite genre of music! 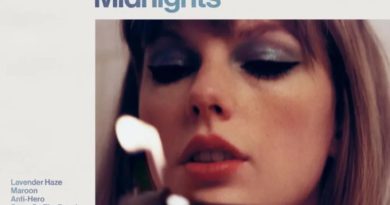 The Wolf of Wall Street: Review