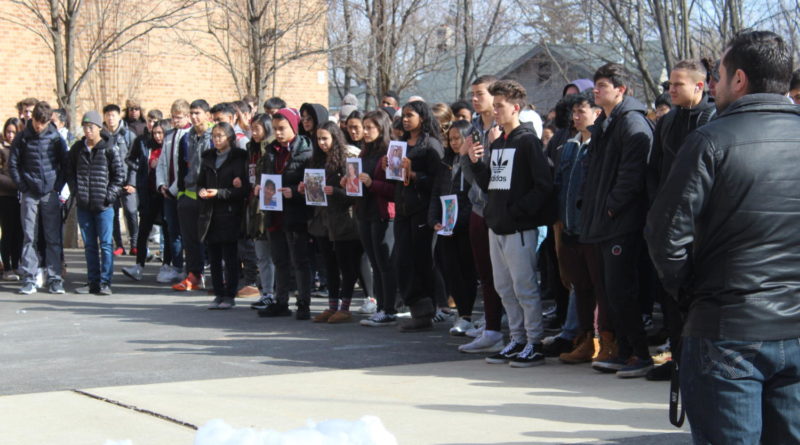 Both Jared and Izzy, two of the student leaders who were extremely passionate about the cause, understood that if they wanted a change to be made they would have to do it themselves. Jared pins the quote “the only thing necessary for the triumph of evil is for good men to do nothing” by Edmund Burke as inspiration for his drive. With pressure from the students to enact change, the walkout became a reality.

During the walkout, student leaders gave speeches ranging from accounts of actual survivors and their own thoughts on the issue. Among the speeches, Izzy felt that the “combination between actual survivors and our students made it so impactful,” concurring that no one speech was more influential that the other. Jared highlighted Keigo’s speech as the most powerful because he “transferred the terrifying emotions that his friend felt to the audience.”

Despite its success, many students who attended the walkout discussed certain issues with it. While the majority opinion is that they enjoyed the walkout, some students such as Matthew Fitzgerald felt that they should have focused on other gun violence as well, not just school shootings. In addition, Matthew would have liked if the walkout took place “in the center of town” covering a wider distance and perhaps ending up in the park. Again, Matthew felt that overall, the walkout was immensely successful, he just felt that these changes would have made it more effective.

Additionally, some students were upset with the “controlling nature” of the walkout. They felt that it was hijacked by the board whereas it was supposed to be a student protests. Those who campaign for this also feel that kids should have been given cuts, as an act of “civil disobedience,” conveying that the issue warranted such a punishment. Overall, those with this view believe that the walkout partially lost its purpose when the school board came in, advocating that it should’ve explicitly been a student led protest.

Ultimately, despite opposing viewpoints, the walkout was extremely successful, helping shed light on an immensely important issue. Taking a stance on these horrible school shootings, our school made history on March 14th, advocating for an issue that affects everyone. Leonia High School; Through the eyes of a new student