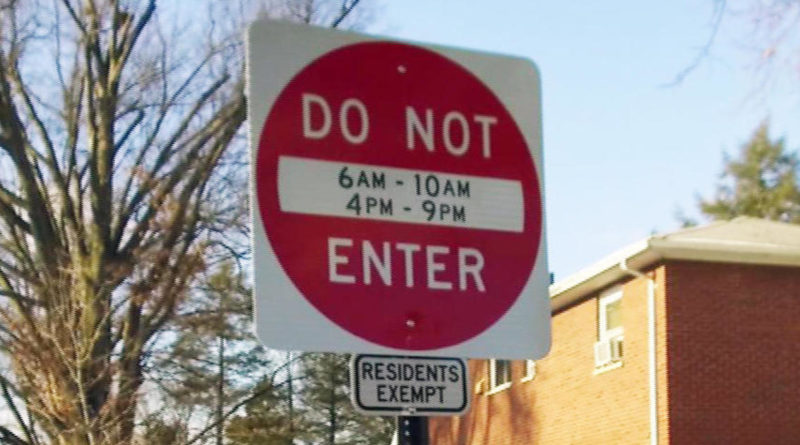 Leonia has set up a new traffic regulation that’s angered many commuters. This law “restricts access to approximately 60 side streets” (CBS New York) and forces drivers to solely go through major streets such as Fort Lee Road, Broad Avenue, and Grand Avenue. There are do not enter signs on every residential street that inhibits non residents from going through them through the hours of 6 AM to 10 AM, and 4 PM to 9 PM. Apparently, most navigation systems and traffic applications utilize Leonia as a way to avoid traffic going to the George Washington Bridge. Because Leonia is so close to the bridge, it serves as an easy and convenient cut-through town.

Although it proves to be an efficient route for commuters, it’s not safe. For example, “There’s a lot of speeding cars up there going up the hill trying to beat the light, beat the traffic” (CBS New York). Although it’s approximately only a square mile, the tiny town consists of 3 schools: Anna C Scott, Elementary School, Leonia Middle School, and Leonia High School. These speeding cars could potentially be extremely dangerous for kids walking to and from home. It’s easy for a driver to lose awareness on the roads, especially when they’re running late for work, or just want to get home after a long day.

Many commuters who usually cut through Leonia are enraged with this legislation. For instance, “‘Really dumb,’” wrote one woman. ‘It will stop when the local economy takes a hit’” (North Jersey). From the perspective of a commuter who regularly goes through Leonia, their entire work commute is disrupted. However, although many drivers are bitter, this new law proves to be working. Police Chief of Leonia Tom Rowe says that he couldn’t believe how “Traffic flow got better and better as the week wore on” (North Jersey). While it may seem selfish, residents of Leonia have the right to a peaceful and quiet town.

The Growing Threat of North Korea