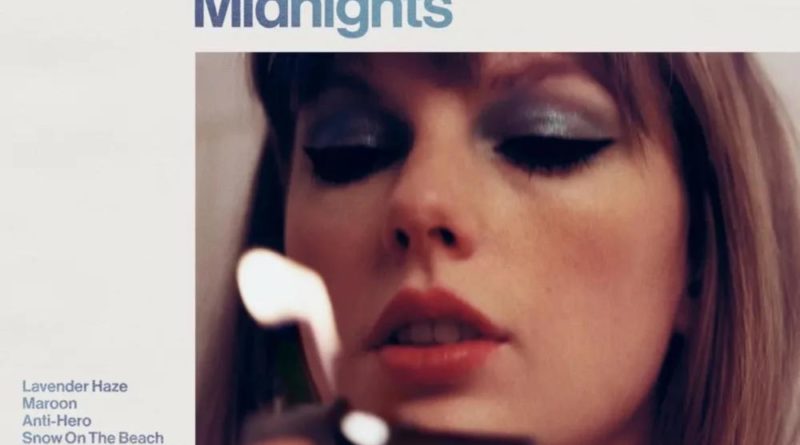 Taylor Swift released her highly anticipated album, “Midnights,” on October 21, 2022. It is her tenth studio album and has sold over 1.2 million albums in the US during its first 3 days of release, and is having the largest overall week for any album since “Reputation” debuted in 2017. The album has had 284 million streams so far, and many people at Leonia High School have listened to it. Whether they’re amused, disappointed, angry, or even exasperated, I have asked a few students to share their thoughts.

Whether they like it or not, fans are conflicted about their opinions. When asked what they thought about “Midnights,” senior Victoria Grabois stated that, “[She] was slightly disappointed, only because I feel people hyped it up too much,” while sophomore Emma Vasquez said that “[She} thought it was good, but it had some flaws.” Freshman Gianna Mele responded that “[She] liked a lot of the songs, but some of the introductions were questionable.”

Taylor Swift has had albums from many genres throughout her career, whether its country, pop, or a mix of both, each one differs. “Midnights” is different from the rest because it’s genre is synth pop. Many fans think that is the artist’s attempt at a different style, and when asked what they thought Taylor could have done better, both Victoria and Emma stated that she should have done her own style. Emma said that “[It] felt like this album was heavily influenced by others, it didn’t really sound like her,” and Victoria said that “maybe if she did her own style and didn’t try to be cooler it would have been better.” On another note, Gianna stated that “Taylor is a genius, but I was expecting a couple more sad songs. That’s it.” Fans had been awaiting “Midnights” arrival for months now, and many even expected it to be their new favorite Taylor album. When asked whether it was their favorite or not, Victoria replied with no, stating that her favorite is “Folklore,” Gianna replied with no, stating that her favorite is “Red,” and Emma said that “Midnights” was her favorite album.

Swift has established herself as a songwriter and singer, and this album was just a continuation of her evolution. We can only expect that she will continue to produce and sing albums, and fans will be waiting until then.