Many high school and college students depend on their daily part time jobs which most of the time is a minimum wage job. These students are mostly living on their own and/or need enough money to support themselves with their daily lives.

Minimum wage is very low and not enough to support people that need to depend on themselves. Students work outrageous  hours and still need enough money for things like phone bills, car payments, textbooks, etc. Employees are not paid enough even if they put their full time and effort into their jobs. This causes imbalance between school and work because they’re not sure to focus on education or bills.

Two people that were interviewed both stated that “I work all day and I still don’t make enough money for all of my necessities” and a family friend, Sue, stated “I make barely enough money to support me and my kid while working crazy hours.” I believe that the minimum wage should be raised without fear of causing people to lose their jobs. Because usually when minimum wage gets raised, businesses fire people so they do not have to pay all these people extra money, but only a handful. 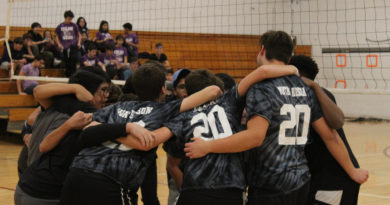 November 20, 2017 Kaustubh Shankar Comments Off on Color Wars! Another let down for the SENIORS