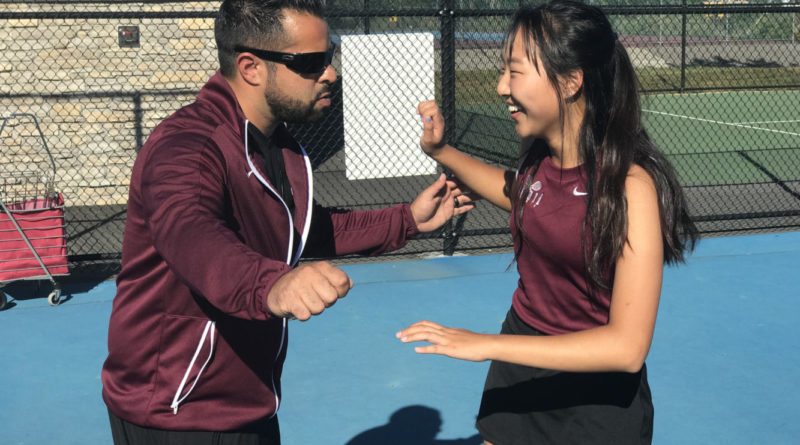 The Lady Lions Tennis Team has been unstoppable throughout their season and even qualified for the State Tournament; from the first day of practice, for some since freshmen year, they begin preparing for the pressured moments that the season leads up to. No matter a League match or State Sectional Final, the team prepares all season for focus on each individual point, the stress of the match and the opposing team.

While Coach Cullen tells the girls that they have to “get comfortable being uncomfortable,” the pressure does not disappear during the match, according to Kelly Kim who played Glen Ridge’s second doubles. For the match against Glen Ridge, she tried to put all the focus on the ball and the opponents. Kelly tries to not get distracted by other factors and gets “loose” so when she’s deeply in a match, she does not feel any pressure, but rather feels competitive and pumped.

The Lady Lions Tennis Team is known for their strong bonds between the members of their team, resulting in the team’s successful season and their path to the State Semi-Finals. The bond makes Reana Radu, a freshman playing in the State Tournament, “very fortunate and lucky” to have a supportive team backing her up when she steps on the court. Even though tennis an individual sport, especially for a singles player, Radu does not feel alone, which helps her contribute to the team’s victories.

Watching the Varsity play in States and the seniors graduate, the junior varsity has started preparing for the next season by finding ways for all the players to connect, forming a close bondage. While Christina Ahn finds filling the shoes of seniors difficult, she believes taking charge and presenting themselves as a leader will help them with this and prepare for States next year.

The Lions are scheduled to verse the Hillbillies at Verona High School on Friday. Leonia is currently sixth seed and they will be facing second seed. 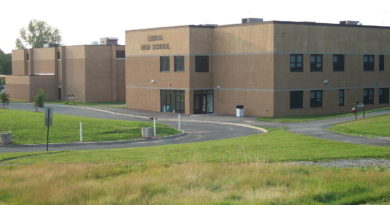