Tottenham’s 3-1 victory against Dortmund in the Champion’s League last Wednesday seemed like a turnaround for the club and it’s fans as it marked the first win for the Spurs at their new home stadium. Despite that, on Saturday Tottenham and Swansea drew 0-0 , making it the Spurs’ third home game in the Premier League in which they didn’t leave Wembley with three points. For the Spurs to not win a single game at home so far this season concerns both the club and it’s fans, as last season Tottenham didn’t lose a single game at home all season, but still only managed to finish 2nd overall.

The sad fact is that Tottenham were dominating the pitch for the entirety of the 90 minutes. The Spurs were able to maintain 75% possession with a total of 26 shots on goal, while the Swans managed a measly 4 shots overall. Of those 26 shots, 8 were on target, but couldn’t get past the stubborn goalkeeping of Swansea’s Lukasz Fabianski.

With Tottenham’s struggle to adjust to their new home stadium comes a lot of discussion on whether or not Wembley will get in the way of Tottenham’s race for the title. To this the Spurs’ manager Mauricio Pochettino responded, “Maybe you are right and Wembley is a problem. But Dortmund was at Wembley. We need to move on.”

“I don’t think about whether we are playing at Wembley or White Hart Lane (their old stadium), the most important thing is to win. Three days ago we were saying how fantastic the team was after victory against Dortmund. Now we draw after not conceding one single shot on target and people are saying we were disappointing and need to improve.”

The manager was not the only one to speak on this subject following the disappointment on Saturday.

“We needed to be more clinical in front of goal,” admitted Kieran Trippier. “We know how good we are as a team and as individuals, but today it was not to be. It’s nothing to do with Wembley. In every game we’ve played here we’ve looked comfortable. We should start having that clinical edge in front of goal. It’s happened again today. We played very well but the chances didn’t go our way.”

It is still too early to draw any conclusions, however last year Tottenham were very serious title contenders, finishing 2nd overall only 7 points behind Chelsea, who had their own phenomenal season in England.

Now we can only watch and hope for the Spurs to turn things around at Wembley if they want any chance of finishing this season with a title. 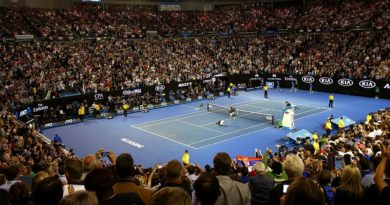