After four years of waiting, soccer fans around the world once again experienced the wonders of the FIFA World Cup. This year, the drama included players biting other players, to Neymar’s back injury in the game against Colombia. This year we also got to see the now famous James Rodriguez who did a phenomenal job for Colombia throughout the whole world cup. Rodriguez topped a previously unbeaten record of six goals in the tournament until the team fell to Brazil. The games concluded with Germany taking home the gold in the championship match against Argentina.
While the World Cup has ended, the soccer season has only just begun. This season, we will see major changes happening to some of the most famous soccer teams in history, Real Madrid. One of the team’s key players, Angel Di Maria, left the team this season for the English Premier League via Manchester United. Di Maria stated that being on the Real Madrid team was a positive experience, but that truly he belongs with ManU in the end. Along with Di Maria, Xabi Alonso decided to also leave Real Madrid team. Alonso’s departure, however, was not met with the same level of sympathy as Di Maria. Xabi decided to leave days before an important game.

From all the losses that occurred to Real Madrid they also managed some positive changes, such as convincing Sami Khedira to stay on the team. Khedira had previously stated that he was willing to leave the team if a different offer came up but then turned down a contract with another team to remain with Real Madrid. Joining the team this year are World Cup players Toni Kroos (Germany), Keylor Navas (Costa Rica), and James Rodriguez, the Colombian footballer who took the people’s breath away and was signed by Real Madrid only days after the actual games ended. However, si nce Di Maria was a very important feature in the games as well, fans wonder if James is actually capable of replacing him. 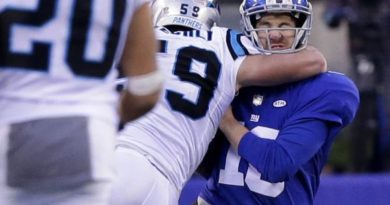