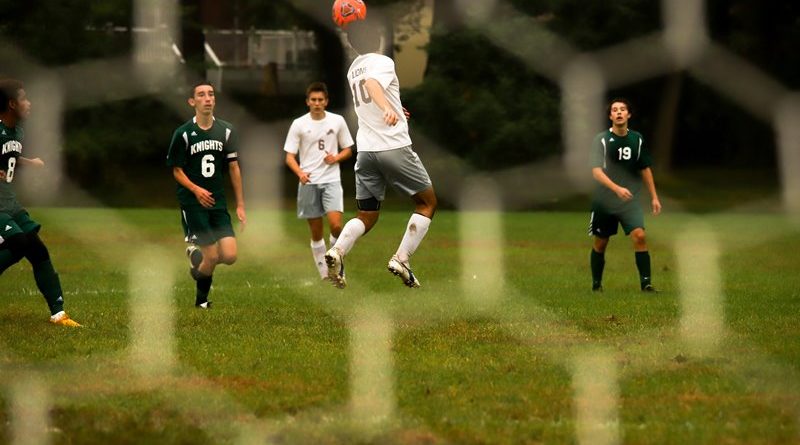 The 2017-2018 soccer season for the Leonia Lions men’s team has been disappointing but promising for years to come. Although the team has a losing record, the young talent that they have gives the team a future to look forward to. Along with the youth that the team presents, the chemistry and “numerous bonds” they have built together has become bigger than the game of soccer says Nathaniel Dizor in an interview I had with him. The team continues to grow as a whole despite their recent struggles on the field.

Coming into the year, the team was riding a one win campaign just last season. As any viewer would think after seeing a stat like this, doubt and speculation began to grow. The struggles of last year seemed to continue as the team started off the year winless until a few weeks into the season. By then, even more thoughts of disappointment began to roll in. The outside panicked but, within the squad and it’s coaching staff, this was not the case. What was seen from the inside was a bright, talented and more than capable group of guys that had potential to be a winning team and even make states. This is what truly made the team a team… belief in one another. Everyone buying in so that something larger could be made from it. The motto the team goes by is “All In” and, I can truly say as a spectator, I also am all in. The dedication these athletes put into going to practice everyday to better themselves and their teammates is admirable. This team truly represents Leonia.

As the season progressed and the weather changed, the team began to thrive. Going from a one win season last year to already four wins this year with games still left to be played, the soccer team has improved. Students should be excited for the upcoming years of Leonia soccer because the only place they are going is up. Leonia soccer is in great hands as long as everybody is All In. Back to School Prep: A Freshmen Survival Guide

October 6, 2015 Carlos Lemos Rivera Comments Off on Back to School Prep: A Freshmen Survival Guide October 25, 2021 Ian Shieh Comments Off on Midnight Dates With Your Homework