November 4th, a night where those who are musically adept and artistically equipped crawl out of their underrated habitats, and come to shine on the stage in the Little Theater. This evening event was formally sponsored by Dr. Pinker, who made a lasting impression on those who heard the announcements for Beat Night. The Poets and Writers Club now advertise and organize Beat Night, and their hard work and efforts have paid off. Rather than a regular talent show, anyone and everyone can display what skills they hold, and release them to a supportive audience.

Joyous memories are always made at Beat Night, whether it be from performing, watching the performances, or eating the delicious home-made food and having fun with friends. Stellar performances were made by Justin Hong and Eudrick Bote, students who are new to Leonia High School, flaunted their musical capabilities. Along with multiple singing acts, there was a band present, consisting of Alex Hauser, Jacob Galperin, Oliver Racciatti, Max Wang, and Sebastian Ortiz, providing intense and rhythmic instrumental symphonies. Jane Kim and Adam Guo sent chills down the audience’s spine when they performed a duet, the combination of falsettos and passion in their voices mixed perfectly.

Continuing the tradition from last year, Katherine Fitch and her brother conducted complex juggling and hula-hooping routines, leaving the crowd speechless. Jimin Lee executed a captivating dance routine from the Korean girl group TWICE, dancing to their song “TT”. As she performed, the crowd roared with excitement and sung along, cheering Jimin on. The last act consisted of Paul King and Katherine Fitch on her ukulele, and it was quite moving.

Proceeds from Beat Night fund the Poets and Writers club and the  Literary Magazine. 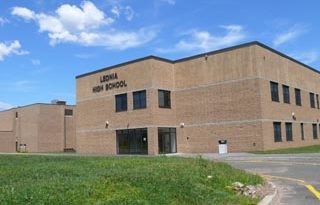 Poor conditions and Safety Concerns: Problems with the Weight Room