As high school seniors throughout the nation apply to college, many begin to wonder what it takes to get in. Students worry that their GPAs are too low or that they have 100 volunteer hours too few. Then they check off all the arbitrary requirements that are supposedly needed to please the college admissions officers. The factors considered in students’ applications are controllable and essentially dependent upon the efforts of the students, all except for race.

Affirmative action is officially known as the policy used to favor members of a disadvantaged group who are thought to suffer from discrimination. Although it was originally used to redress discrimination, affirmative action is currently doing the exact opposite. According to the Hoover Institution’s Thomas Sowell, preferences provide the greatest advantage for middle- and upper-class minority applicants while negatively affecting poor non-minority applicants.

The AA policy is not inherently detrimental; however, it could never work, as people can and do manipulate the system. Colleges claim to help the “disadvantaged” through racial preferences, implicitly stating that the color of one’s skin is perfectly indicative of one’s privilege or socioeconomic status. This generalization, in itself, is racist and unfair to those who do not fit the stereotype; it pretends that, for example, disadvantaged white applicants and privileged black applicants do not exist. People must understand that correlation is not equivalent to causation. Though the correlation between race and socioeconomic status is apparent, there is no need to punish the outliers.

Colleges constantly talk about how they want “diversity” on campus, and how it is essential to providing the full college experience. This is a wonderful prospect if “diversity” were to promote accepting students who provide unique perspectives and ideas. Unfortunately, many define “diversity” on a college campus as only concerning racial and ethnic background, suggesting that underrepresented minorities think a certain way that is different from convention. If diversity were the genuine goal of colleges, it would be on the basis of personal and intellectual background without consideration of race.

In the long run, affirmative action also hurts those who receive preference. This is supported both by Malcolm Gladwell’s observations and Harvard’s NPR debate on relative deprivation theory. When schools relax their academic standards to admit more minority students, “underrepresented minority students who enter with lower academic credentials end up concentrated at the bottom of the most selective schools. Students of any race who fall to the bottom of their class are less likely to persevere and succeed at more difficult majors like science and engineering.” The dropout rates from the institutions in general are also higher for the student groups that are given preference.

Affirmative action in itself is not a bad policy; its main issue is that it becomes outdated and counterintuitive after social mindsets change throughout the years. During this point in time, income-based affirmative action may be more effective, as students’ economic standing is more likely to determine access to educational opportunities, but even then, it is impossible to predict public sentiment and the state of living thirty years down the road. Perhaps we will face the same problem we do now. Perhaps the policy must be changed for every shift in social dynamics. Regardless, race-based affirmative action, like many other forms of political correctness, treats the symptoms rather than the cause of the disease that is racial inequality. In acknowledging the faults of selective discrimination, it draws attention to the very problem it tries, without success, to smooth over. 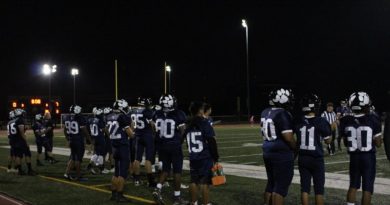