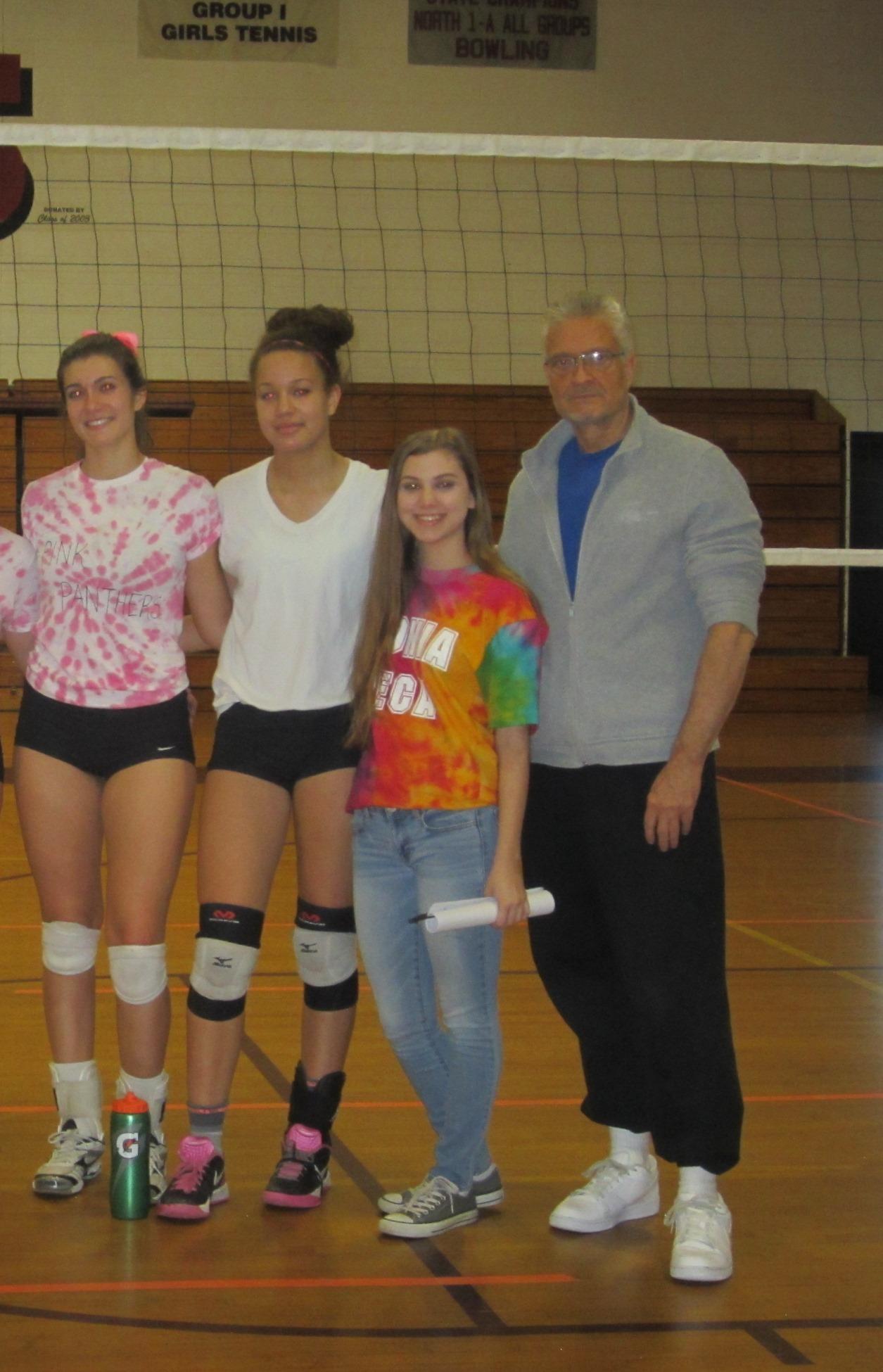 Donna De Vito Guilbert was a three-sport scholar athlete of Leonia High School’s Class of 1974.  After graduating as the recipient of the Best All Around Female Athlete Award she earned her Physical Education degree from Montclair State University.  She returned to teach Physical Education and Health at Leonia High School for 27 years until her career was ended in 2008 when she lost her courageous battle with breast cancer.

Of all her athletic talents, Donna’s favorite sport to play was volleyball.  She became a varsity high school volleyball official and even earned the “Official of the Year” Award in 2000.  She was well-respected by all in the volleyball community and officiated at county and state tournaments.

Her husband and brother, Michael DeVito initiated the Donna DeVito Guilbert Scholarship Fund to award a senior, female, three-sport scholar athlete who mirrored Donna’s achievements while at LHS.  The tournament is a yearly fundraiser for the scholarship and also honors Donna’s legacy in athletics and the community.