To begin, we must first examine why vegan food first came to the forefront of our modern culture; why did many Americans become discontent with the basic, animal-based diet? The answer for this appears to be the staggering obesity rates in America today, which both the Center for Disease Control and Harvard School of Public Health have labeled as being an “epidemic”. In fact, the Food Research and Action Center, or FRAC, has attempted to dive deeper into this epidemic and has compiled a wide variety of statistics concerning today’s American obesity rates, even going so far as to state how over 68% of American adults are obese (FRAC).

Now that it has been seen why Americans want to eat healthier, we must analyze what is so attractive about the vegan diet itself, and what it is. The main tenet of the vegan diet is its complete elimination of all food which comes from animals, similar to a vegetarian diet. Unlike a vegetarian diet, however, the vegan diet “also doesn’t eat dairy products, eggs, or any other product derived from an animal. Vegans also avoid using products that have been tested on animals or made from animal skins (PETA)”. Along with health reasons, many people may become vegans for “health, environmental, and/or ethical reasons” and to “promote a more humane and caring world (Vegetarian Resource Group)”. Thus, the question of “why is veganism a thing?” could be answered by pointing to more health-conscious, ethically-active youth attempting to change or better their lifestyles.

Finally, the legitimacy of the vegan diet must be examined. Can someone sustain a healthy lifestyle purely by eating non-animal connected foods? Empowered Sustenance writer and nutritional therapy practitioner Lauren says no by listing off facts that largely discount the vegan lifestyle. One key point she makes is how the vegan diet just lacks key vitamins every healthy human should have, like vitamins A, D and K2. The vegan diet also lacks iron and B12, she later points out (These nutrients are “only found in animal sources (Lauren)”). Ultimately, the astounding lack of vitamins and key nutrients that can only be obtained by eating a diet consisting of animals truly sheds a light on how the vegan diet can be a healthy change of pace, but cannot be a sustained lifestyle.

“What Is the Difference between a Vegetarian and a Vegan?” Peta2com Site Wide Activity RSS. Web. 21 Jan. 2015. <http://www.peta2.com/about/frequently-asked-questions/what-is-the-difference-between-a-vegetarian-and-a-vegan/>.

How Coronavirus has Affected the Economy and the World 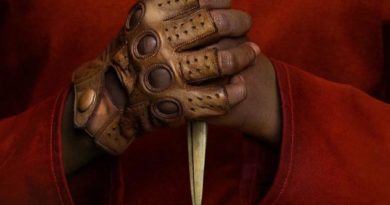 ‘Tis the Season for Horror