Hussein Abdullah, a Muslim player on the NFL team, the Kansas City Chiefs, received a questionable penalty during the Week 4 game against the New England Patriots on September 29, 2014. After intercepting a pass from Tom Brady and taking it back for a 39-yard touchdown, Abdullah celebrated by engaging in a Muslim prayer that required him to get on his knees. When this happened, the official threw a flag for unsportsmanlike conduct, which resulted in a 15-yard penalty. This call drew outrage from the Muslim community due to the fact that several NFL players celebrate their touchdowns in a form of a Christian prayer; however, they were never penalized. The NFL now apologies for the call, since players are allowed to pray as a touchdown celebration. The rule that referees claimed Abdullah violated reads,

According to Mike Pereira however, the former Vice President of Officiating in the NFL, players who pray after scoring a touchdown are not in violation of this rule. In the end, Abdullah was never fined for his celebration, and it seems that this mishap is just going to be put in the past. As a result of this, the NFL officials need to be more understanding when viewing a touchdown celebration. 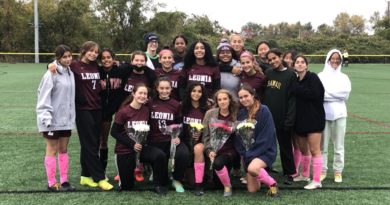